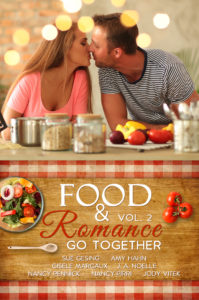 Love in the Land of Lakes

A dilapidated riverboat brings together a passionate historic preservationist and a man who called it home during the Victorian era when it sailed the Mississippi River.

Read more about this fundraising anthology on the Midwest Fiction Writers website.

Check out the You Tube video

The Romantic Times gives the Love in the Land of Lakes anthology a 4 out of 5 star rating!

“…the entire collection individually gives fans of romance a message of hope, a whisper of a kiss and just enough spice to keep it interesting.” 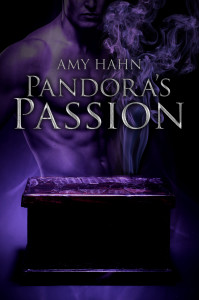 Rora is the Pandora of Greek legend who released evil onto the world, but kept hopelessness from escaping. For centuries she protected The Box, but now Prometheus has appeared and issued a warning that Eris, goddess of discord, and Nemesis, god of revenge, have sent the infamous Gorgons after The Box. Seeing him again sets Rora’s emotions into a tailspin and dredges up memories of a painful and passionate past. The Titan and she share centuries of relationship baggage. And she loves him, but he’s never confessed to loving her. The tension is thick between them, the energy electric. In no time they’ve surrendered to their passion, but the arrival of the Gorgons puts them, The Box, and mankind in danger

Purchase at amazon.com or barnesandnoble.com 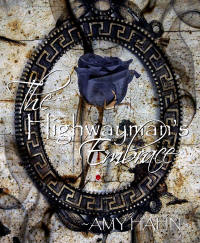 The wind was a torrent of darkness among the gusty trees, The moon was a ghostly galleon tossed upon cloudy seas,
The road was a ribbon of moonlight over the purple moor,
And the highwayman came riding – riding –
Riding-riding-
The Highwayman came riding, up to the old inn-door.

Elsabeth has loved Sebastian, the notorious highwayman known as the Midnight Rider, since she was a little girl. He has always treated her like a sister, kind and loving but never with a hint of romance. When he collapses in her arms, bleeding profusely from a bullet wound, she is terrified she might never get a chance to tell him how she truly feels. As she nurses Sebastian back to health, Elsabeth realizes something has changed within him. She is shocked by Sebastian’s shocking confession that he is no longer a human man. At first she’s reluctant to be near him, even as she continues to take care of him and give him shelter at her father’s inn. Eventually she realizes it doesn’t matter that he’s now a vampire. He’s still the person she loves; however, they may not have a chance to explore that love because the king’s soldiers will do all in their power to kill him. 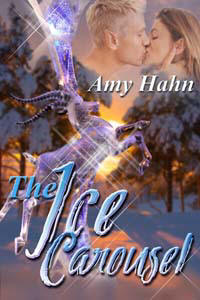 She may have forgotten him but her heart hasn’t…

Dulcie Thorton returns to Harrison to write a story about the town’s famous Ice Carousel. Not only is it a 100-year tradition at the February Frost Festival, it’s also inspired love among many locals. She’s unaware that she has a history with its mysterious creator though she feels drawn to him when they meet.

Rankin, the carousel’s sculptor, has loved Dulcie for many years. Now she’s finally come back, just when he, and his magical carousel, will leave town forever. Unless he can win her over and ignite her memories, he can’t stay with her.

Dulcie isn’t sure that magic really exists. Yet how could human hands carve such a wondrous carousel? If she doesn’t remember her connection to Rankin and believe in magic, she will lose the only man she has ever truly loved. And time is running out…

Read reviews of The Ice Carousel

Read a review of The Ice Carousel 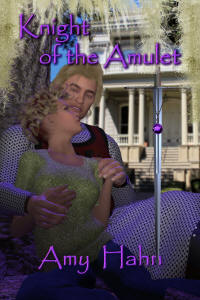 Knight of the Amulet

Claire Johnson no longer believes in love and happy endings, being left at the altar tends to tarnish a woman’s heart. However, her views change when a handsome knight steps from the depths of an antique amulet. He proclaims to be Sir Dimitry, a knight of King Arthur’s Round Table. It is impossible, but she has to believe it. After all, she saw him appear out of the purple stone. It doesn’t take Claire long to fall in love with the attentive, gallant and attractive knight. She tries to force aside her feelings because she doesn’t want to be abandoned again, and before they can have their happy ending they must break the amulet’s hold over Dimitry. The wicked Morgan le Fay cursed him into the necklace centuries ago and he’ll die in fourteen days if her maleficent spell is not broken. 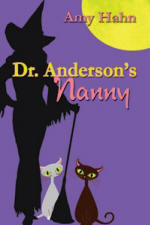 Magical Nanny University graduate Wednesday is excited about her first assignment at Dr. Thomas Anderson’s home. Since the death of his wife, Tom has buried himself in his work. He has little time for his three daughters. Wednesday’s first goal is to make Tom see how important it is to spend time with his little girls. Secondly, she needs to get rid of his girlfriend (with a little magic of course!) who hasn’t a shred of compassion or love for his children. Third, she wants to bring laughter and fun into his life. But Wednesday never plans on falling head over heels in love with Tom. It’s forbidden for her kind to love a mortal. How will she ever explain she’s a cauldron-boiling witch to the scientific doctor and that she has to leave him and his girls forever when all her goals are achieved?

Available as an E-book Now!
Purchase at the following book sellers:
The Wild Rose Press
Barnes and Noble
Amazon.com 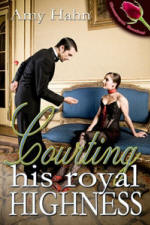 Chloe Tanner hopes to launch her career by being the hostess of a reality show about a prince’s quest to find his bride. Things get complicated when she shares a passionate night with a man she later discovers is Prince Maximilian Radborne, the star of Courting His Royal Highness. She’s fallen in love with the world’s most famous bachelor and can’t have him.  She isn\’t one of the 15 women vying for his affection and she’s signed a contract; breaking it could destroy her fledgling career. She doesn’t know if he loves her and can’t risk sabotaging her career. After all, desire doesn’t equal happily-ever-after. But Max can’t forget the night they shared and is determined to make Chloe see they have a future. He devises a plan, using the surprising twists of reality TV to convince her his love is a forever love worth all the risks. 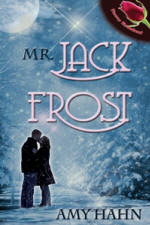 One upon a wintry evening she made a wish on Christmas snow…
Reagan Thorton never expected her wish to come true, but when Jack Frost appears on her doorstep she wonders if wishes might come true even though she doesn’t believe such nonsense or in happy endings, not since her husband died and she was left to raise two children. Reagan assumes Jack answered her ad for a handyman.
Jack has until Christmas Eve to make her rediscover happiness in life and joy in the holiday season. Reagan feels emotions she hasn’t felt since her husband died. She soon realizes she’s falling in love. She can’t tell him because she’s afraid of opening up her heart. Jack returns her feelings, but he knows that once Christmas Eve arrives he’ll vanish forever in a swirl of snow. Or will he? After all, he has become the reason for her happiness.